Homepage » Characters of the Cybergenic: Stella

Characters of the Cybergenic: Stella 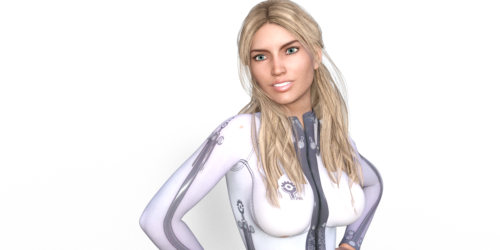 Hello! With you again I, terribly busy and lazy Dworkin! Today we will not talk about fifty-two ways of shirking work, today we will talk about the characters of our first game in the universe of Cyberenic. There will not be many of them, one of them will play a key role, while the other will open in the future.

In general, the two main characters are girls. The Captain, of course, I will not describe. Captain – it’s you yourself. The only thing that the Captain does not have bad habits: he does not drink or smoke, which I advise you. So the booze in the Tavern of the future will remain untouched. Safety in space is above all!

Stella graduated from the Iryvofa College of Mechanization, having obtained a specialization in the engines of the whole history of mankind. She was the only one from its stream who, with a single 3D printer and personal console, was able to reproduce an internal combustion engine. This was her thesis work, and on this example she proved the inconsistency of using irreplaceable hydrocarbons for mastering new planets. She says about herself that she had few friends, since she had a strong independent character, and also a love of poetry. Especially she liked John Keats from Old Earth. Unfortunately, this is her enthusiasm very few people shared, so that it almost does not tell anyone about it (and you too!).Body type – normal, blonde hair, green eyes, high intelligence. The ideal biography: father and mother pioneers of the Chantali world, there are no bad habits, no one example of unsatisfactory evaluation from other people, a wonderful profile in social networks.

After graduating from college, Stella arrived in Cassidy to upgrade and maintain the engines of racing yachts. Has a clean track record – there are no awards, no reprimands, which is an ideal for Cassidy – no upstart and no clumsy. Excellent engineer – easily copes with the most common test task for the analysis of the breakdown and repair of the converter engine TR-8205, which stands on most cargo ships of this century. Has a personal protective exosuit of the last generation, which allows a short time to carry out repair work without a special tool.

The reason for emigration Cassidy is uncoordinated work on the modernization of the shunting engines of the racing boat of the Burneliev family. Autonomously passed modernization on the original solution allowed to speed up the starting set of speed and landing by 2%. However, the lack of this work permit led to the removal of the family from the competition and the loss of one place in the leaderboard, as well as the transfer of technology to other participants in the race.

She herself claims that she should not have been involved in paper work on issuing permits, and that she was simply put in charge by her superiors. However, now Stella is an official unemployed. 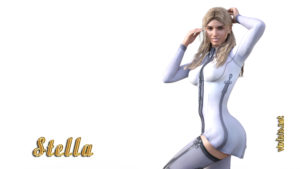 She’s waiting for you, Captain. Over they at that table. Do not miss her! And do not delay, otherwise she will drink too much and you will not be able to talk, and you will have to carry her to your ship on your hands …

But have you properly assessed your ability to hire personnel? .. Have you considered everything? …