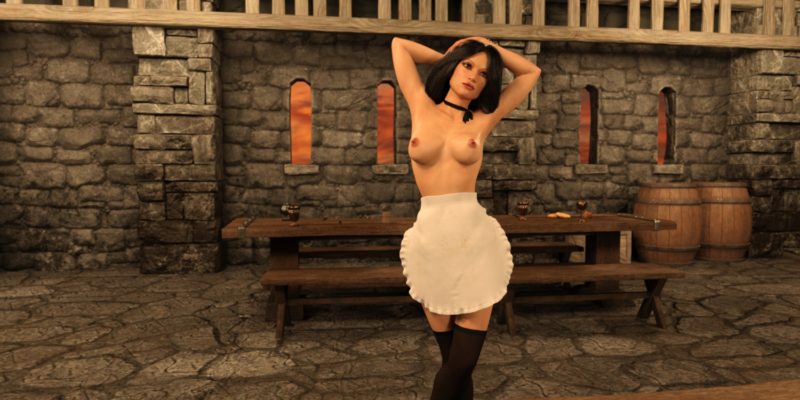 A small weekly report from Dworkin.
Work on the script of the new erotic game series “Cybergenic” is in full swing, despite the monstrous summer stuffiness, and, oddly enough, the cold.
It is written if not 1/5 then 1/6 exactly! The story of the gallant captain continues! How will he get acquainted with the new ship and its crew, and what will he do further (after all, his ship is lost) you will learn in the near future.
And I have already set myself the task of making the game more interesting due to a branched scenario, as in old rpg games and quests.
The progress of the graphic design of the game will be told to you by Stranger:
Hello. I’m still working on a game from the “Sexy Witch” series. In this  game, we tell a love story about Sunny.
Now I made almost 120 pictures. The total number of pictures, I think, will be about 400. This time, the number of sex scenes with animations has increased significantly. Increasing their number increases the time of creating images. In this regard, I decided to remotely work on my computer. While I’m on the main job, I occasionally go through the phone to my computer and run animation on the render. This should increase the speed of creating images.
I think by the middle of June all our porn pictures will be made and we’ll post our new sex game.
Until next time! Your Stranger and Dworkin.