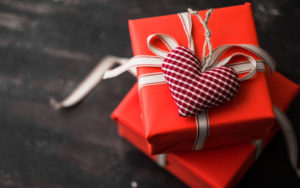 The New Year is coming! I know, it’s not as important as Christmas in English-speaking countries, but not in Russia. In Russia, New Year is one is the most important holidays of the year.

At night between December 31 and January 1, we’re making the most cherished wishes, and people do this in different ways. Most Russians make their wishes with chimes of Kremlin tower and drink it with champaign. ) No sharing wishes with anyone, otherwise they will not come true.

This year was not so happy for me myself. Many sad things happened ). Unfortunately, this affected you, my dear readers, as well… The game script of our game is just partially ready, just plot and some ideas, that’s it. Even at the weekend, instead of sitting at the computer, I preferred to take a nap, having breaks only for an interesting book, just like Clive Barker’s ‘Abarat’.

However… New Year is not just a day, it’s a starting point. It’s a point to plan your life for the whole year, well, at least, in whole. It’s a reason to change your life and turn the tide. Make a difference! It’s time of the promises we give to ourselves. )

You know, the game script will be completed a.s.a.p.! I promise you!

I won’t tell you what I wish you, otherwise it won’t come true 😉